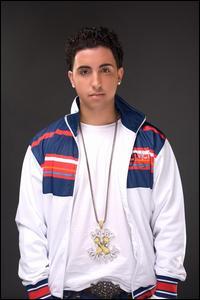 Already an entertainment business veteran by the age of 18, singer, guitarist, pianist, songwriter, dancer, and actor Colby O'Donis seems to approach the whole world as a stage. Born in Queens, New York City, to Puerto Rican parents, O'Donis was reportedly singing before he could talk. After his family moved to Florida when he was eight, he learned to play guitar, and by the time he was nine he was already working with the production and songwriting team Full Force and had a song, "Mouse in the House," included on the soundtrack to the movie Stuart Little. At 11 he was appearing regularly as an actor in the TV series Grandpa's Garage. At 14 he was opening local Florida shows for the likes of the Backstreet Boys, Brian McKnight, and 98°. At the age of 15 he relocated to Los Angeles, where he worked with Michael Jackson in Jackson's studio, releasing the single "Your Love in My Life" from the sessions. Eventually O'Donis signed with Akon's Konvict Muzic label, an imprint of Interscope, and released the infectious single "What You Got" in January of 2008. His self-titled debut album appeared in September that same year. ~ Steve Leggett, Rovi