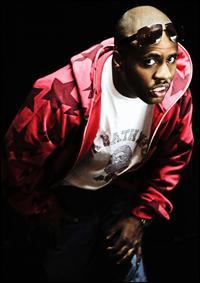 Introduced to hip-hop audiences in 1996 with his appearance on A Tribe Called Quest's album Beats, Rhymes and Life (a opportunity in part made possible by the fact that Q-Tip was his cousin), rapper Consequence was forced to move from label to label after Tribe's breakup in 1998, even recording a full-length album for Elektra that was later shelved. However, he managed to keep his name out in public by issuing multiple mixtapes, including 2004's Take 'Em to the Cleaners, which was hosted by Kanye West (who he had met in 2002 through mutual friend and producer 88 Keys; Consequence also appeared on West's debut, The College Dropout) and featured Talib Kweli, Common, Little Brother, and John Legend, among others. In 2005 he signed to West's G.O.O.D. Music label and began working on his record, which was planned for release the following year. In the meantime he put together A Tribe Called Quence: 1995-2004, which traced the history of his musical career and included remixes and previously unreleased songs. The release of his solo debut, Don't Quit Your Day Job, was pushed back to 2007, but Consequence kept busy by opening for labelmate Legend during his 2006 Once Again tour. ~ Marisa Brown, Rovi