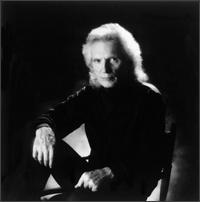 A Grammy award-winning producer for Capitol Records who helmed dozens of great jazz, funk, and soul records during the 1960s and '70s (by everyone from Stan Kenton to Lou Rawls to the Electric Prunes to Cannonball Adderley), David Axelrod also forged a distinctive musical style while recording several of the most eccentric albums of the '70s. His sound, as immediately recognizable as it is sparse, combined cavernous, heavily mic'ed drums with baroque orchestration (just a step away from overblown) and ahead-of-his-time themes ranging from the environment to heightened mental awareness.

Born in Los Angeles in 1936, Axelrod learned about arrangement and production largely on his own. He began working as a staff producer for the cool jazz labels Specialty and Contemporary, and led a pair of 1959 LPs -- Free for All by Frank Rosolino and The Fox by Harold Land -- that developed an earthy response to the trademarked light, airy sound of West Coast jazz.

By the mid-'60s, Axelrod had grown famous in soul and jazz circles for his excellent recording skills, including two of the finest performance albums of the era, Lou Rawls' Live! and Cannonball Adderley's Mercy, Mercy, Mercy! Live at "The Club" (the latter was actually a studio date). Both artists tapped him for studio work as well, and Rawls especially benefited by scoring no less than five pop hits during 1966-67. Capitol rewarded one of its most successful producers just one year later, releasing Axelrod's solo debut, Song of Innocence. Based on the visionary, mystical poetry of William Blake (as was its follow-up Songs of Experience), the album sounded like nothing else from its era, with melodramatic strings tied to heavy, echoed breakbeats -- often supplied by session-drummer supremo Earl Palmer. After Songs of Experience, Axelrod turned his attention to the growing plight of the environment with 1970's Earth Rot.

Even aside from his burgeoning solo career, Axelrod stayed busy as a producer during the '70s; he recorded several Cannonball Adderley LPs plus works by Gene Ammons and Joe Williams. After 1980's Marchin', however, he took an extended hiatus from recording. Axelrod returned in 1993 with Requiem: The Holocaust on Capitol's Liberty subsidiary, and recorded a surprising tribute to roots music (The Big Country) two years later. After several big names in the dance community (including DJ Shadow) began sampling Axelrod grooves in the mid-'90s, Stateside released the retrospective 1968 to 1970: An Axelrod Anthology in 1999. Album reissues appeared the following year, and Axelrod even recorded a remix of "Rabbit in the Headlights," originally by the DJ Shadow project UNKLE. Axelrod returned to his beloved Studio B for 2000's eponymous release on the Mo' Wax label. The record, loosely based on Goethe's Faust, had originally begun production in 1969. He signed with Blue Note in 2005 and released Edge. ~ John Bush, Rovi