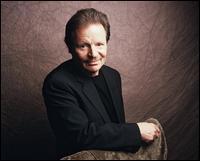 The venerable Delbert McClinton is a legend among Texas roots music aficionados, not only for his amazing longevity, but for his ability to combine country, blues, soul, and rock & roll as if there were no distinctions between any of them in the best time-honored Texas tradition. A formidable harmonica player long before he recorded as a singer, McClinton's career began in the late '50s, yet it took him nearly two de`cades to evolve into a bona fide solo artist. A critics' darling and favorite of his peers, McClinton never really became a household name, but his resurgence in the '90s helped him earn more widespread respect from both the public at large and the Grammy committee.

Delbert McClinton was born in Lubbock, Texas, on November 4, 1940, and grew up in Fort Worth. Discovering the blues in his teenage years, McClinton quickly became an accomplished harmonica player and found plenty of work on the local club scene, where musicians often made their living by playing completely different styles of music on different nights of the week. His most prominent early gig was with the Straitjackets, the house band at a blues/R&B club; it gave McClinton the opportunity to play harp behind blues legends like Howlin' Wolf, Jimmy Reed, Sonny Boy Williamson II, and Bobby "Blue" Bland. In 1960, McClinton's cover of Williamson's "Wake Up Baby" made him the first white artist to have a record played on the local blues station KNOK. McClinton's harmonica was prominently featured on Fort Worth native Bruce Channel's 1962 number one smash "Hey! Baby"; brought along for Channel's tour of England, McClinton wound up giving harp lessons to a young John Lennon. Upon returning to the States, McClinton founded a group called the Rondells (sometimes listed as the Ron-Dels), which had a minor chart single in 1965 with "If You Really Want Me to, I'll Go." Although the Rondells recorded for several different labels, wider success eluded them and McClinton spent much of the '60s making the rounds of the Texas club and roadhouse circuit, where his reputation kept growing steadily.

In 1972, McClinton moved to Los Angeles, where he teamed up with Fort Worth singer/songwriter Glen Clark as Delbert & Glen. Signed to the small Atlantic affiliate Clean Records, Delbert & Glen recorded two albums in a mostly country-rock vein, 1972's Delbert & Glen and 1973's Subject to Change. Neither sold well and McClinton returned to Texas in 1974, where he was able to land a solo deal with ABC on the strength of his emerging songwriting talent. His first solo album, Victim of Life's Circumstances, was released in 1975; although he was marketed as part of the emerging progressive country movement, McClinton's music was too indebted to blues and R&B to neatly fit that tag. Genuine Cowhide (1976) and Love Rustler (1977) followed to highly positive reviews, if not much commercial attention, and other artists started to mine McClinton's catalog for material; in 1978, Emmylou Harris took his "Two More Bottles of Wine" all the way to the top of the country charts. A switch to Capricorn produced two albums, 1978's Second Wind and 1979's Keeper of the Flame; the former featured his original version of "B Movie Boxcar Blues," later a part of the Blues Brothers repertoire. When Capricorn folded, he moved to the Muscle Shoals Sound imprint and his 1980 label debut, The Jealous Kind, gave him his first Top 40 single in "Givin' It Up for Your Love," which hit on both the pop and country charts.

Unfortunately, Muscle Shoals Sound folded not long after McClinton's follow-up, 1981's Plain From the Heart, and he subsequently took a long hiatus from recording, concentrating instead on live performances. His next prominent appearance was an acclaimed vocal turn on guitarist Roy Buchanan's 1986 album Dancing on the Edge; that guest appearance helped land him a deal with Alligator. In 1989, McClinton issued the comeback album Live from Austin, which earned him his first Grammy nomination (for Best Contemporary Blues Album). He signed with Curb in 1990, debuting that year with I'm with You, and moved to Nashville, where he soon became a much sought-after songwriter (often in tandem with new partner Gary Nicholson) in the contemporary country field. Over the next few years, McClinton placed material with stars like Wynonna, Vince Gill, Lee Roy Parnell, and Martina McBride, among others. His biggest break, though, came when he was tapped for a duet with Bonnie Raitt on 1991's Luck of the Draw, the follow-up to her much-lauded comeback Nick of Time. The result, "Good Man, Good Woman," brought McClinton his first Grammy for Best Rock Vocal, Duo or Group, which suddenly raised his profile tenfold. He capitalized with 1992's Never Been Rocked Enough, which featured not only his duet with Raitt, but also guest appearances from Tom Petty and Melissa Etheridge, and his biggest hit single since 1980, "Every Time I Roll the Dice." Later that year, he hit the country charts with another duet, this time with Tanya Tucker on "Tell Me About It." The song later appeared on McClinton's next album, 1993's simply titled Delbert McClinton.

Despite enjoying the greatest commercial success of his career, McClinton's relationship with Curb was beginning to sour. His next two albums were released to comparatively little attention and he finally extricated himself from his contract to sign with Rising Tide, a small label associated with Universal. Released in 1997, One of the Fortunate Few was designed to restore McClinton to his early-'90s stature, featuring an array of guest stars, including Vince Gill, Patty Loveless, Lyle Lovett, Pam Tillis, B.B. King, John Prine, and Mavis Staples. It was still definitely McClinton's show, however, and as such it received mostly complimentary reviews; it also sold more than 250,000 copies before Rising Tide went belly up. McClinton next returned in 2001 on the Austin, Texas-based New West imprint with another acclaimed effort, Nothing Personal. It proved to be one of the most popular recordings of his career, gaining substantial airplay on Americana radio and ending up one of the year's biggest hits on Billboard's blues chart; it also won him another Grammy for Best Contemporary Blues Album. The impressive Cost of Living was released in 2005 on New West Records. Acquired Taste followed in 2009. In 2013, after a 40-year break, McClinton reunited with Clark for an album of new material, Blind, Crippled and Crazy. ~ Steve Huey, Rovi