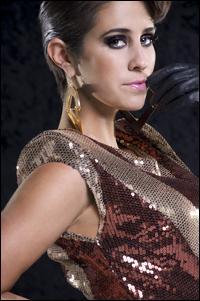 Deadpan vocalist/MC Dev (Devin Tailes), a California native, released her first single, “Booty Bounce,” in August 2010. After it was sampled on Far East Movement's similarly mindless Hot 100 topper “Like a G6” -- a Cataracs production -- the song gained widespread notice and its video generated over three million views on YouTube. After signing a deal with Universal Republic, Dev collaborated in the truest sense with the Cataracs duo on “Bass Down Low,” a single that reached the Hot 100 in December. Another single, "In the Dark," arrived in April 2011. Her first album for Universal Republic, The Night the Sun Came Up, appeared in 2011 in Europe and the U.K.; it was released in the U.S. in March 2012. ~ Andy Kellman, Rovi