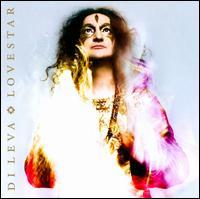 Growing up in the medium-sized town of Gävle, Thomas Magnusson took on his mother's maiden name, Di Leva, thus creating one of Sweden's most peculiar stage personalities. Mixing an extremely flowery and theatrical stage show with smart and inventive pop, Di Leva soon won the hearts of critics. Musically, he borrowed airy synthesized harmonies from new age music, lyrical skill from singer/songwriters, and effective choruses from mainstream pop. But his new age-inspired message of kindness and universal love also spurred negative reactions, from people dismissing him as silly or fake to actual fights at concerts. Conservative religious groups also had a hard time accepting lyrics like "Everyone is Jesus." At the end of the '90s, his first big creative period seemed to be over, but record sales were still on the rise and Di Leva's mainstream appeal was growing.

Di Leva started his career in acting, but as music took over in 1980, he released the EP 4 Visitors with the band Pillisnorks. A brief period with Modaern Art ended when Di Leva acquired a contract with Adventure and released his solo debut, Marginal Circus. With På Ett Fat, he reached a bigger audience, but didn't get a big hit until 1985 when the single "Kom Till Mig," recorded together with the experimental string quartet Fläskkvartetten, was released. By now, Di Leva's charismatic, whimsical, and friendly appearance had given him free tickets into a number of spheres in addition to music, and in the late '80s he appeared in theaters, worked as a program host on national television, and released the book Nu. In 1987, Vem Ska Jag Tro På? was released, marking the beginning of what is commonly seen as Di Leva's most inventive period. The album received overwhelming critical acclaim.

After going to Loch Ness to find inspiration and record background sounds, Di Leva returned to record Rymdblomma, his best-selling album during the 20th century and the one that meant a definite breakthrough to a wider audience. Noll was slightly more difficult and, after that, Di Leva started to record his first album with lyrics in English. At first, everything worked smoothly in the international market as Naked Number One climbed onto the American Billboard charts, but his following albums were less successful. Di Leva's English albums aren't seen as his strongest ones, but at home his popularity was still on the rise. When the collection För Sverige i Rymden was released in 1999, it climbed to the top of the Swedish charts and the album's sole new song, the "Knocking on Heavens Door"-flavored "Miraklet," was a major hit. The following tour was just as successful and, in 2000, Di Leva released a new album in Swedish called Älska. ~ Lars Lovén, Rovi