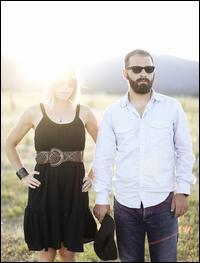 Singer/songwriter Drew Holcomb grew up in Memphis, TN, and attended the University of Tennessee in Knoxville, where he started to play the guitar and write songs. His first recording was the EP Lost & Found in 2004. Istra released his debut full-length album, Washed in Blue, on May 12, 2005; it was followed in 2007 by Live in Memphis. He then relocated to Nashville and organized a backup band, and when he self-released his next album, A Neighborly Christmas (2007), it was credited to Drew Holcomb & the Neighbors. The group featured Nathan Dugger (guitar), Rich Brinsfield (bass), and Jon Radford (drums), with Holcomb's wife, Ellie Holcomb, joining in on vocals. Again co-credited to the Neighbors, Passenger Seat, Holcomb's second secular studio album, was released on his Magnolia Music label on August 12, 2008. Chasing Someday, produced by Andy Hunt at his East Nashville Wide Studios, appeared early in 2011. ~ William Ruhlmann, Rovi