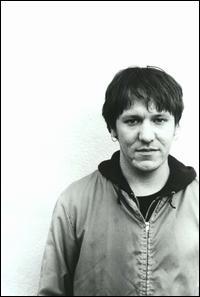 The celebrated folk-punk singer/songwriter Elliott Smith rose from indie obscurity to mainstream success in 1997 on the strength of "Miss Misery," his Academy Award-nominated song from the film Good Will Hunting. A native of Portland, OR, Smith began writing and recording his first songs at age 14, later becoming a fixture of the city's thriving music scene. As a member of the band Heatmiser, he debuted in 1993 with the LP Dead Air, issuing his first solo effort Roman Candle on the tiny Cavity Search label a year later. For his 1995 self-titled album, Smith signed with the noted Kill Rock Stars label. Either/Or followed in 1997, around the same time that filmmaker and longtime fan Gus Van Sant requested permission to use the singer's music in his upcoming Good Will Hunting.

Smith also composed a handful of new songs for the soundtrack, among them "Miss Misery," and when the Academy of Motion Picture Arts and Sciences announced its Oscar nominations the following February, the track was a surprise entry in the Best Original Song category. Although he did not win, Smith performed the song live at the televised Oscar broadcast, appearing on-stage alongside superstars Trisha Yearwood and Celine Dion in one of the most notably surreal musical moments in recent memory. Smith's DreamWorks label debut, XO, followed later in 1998. Two years later he delivered Figure 8, which delved further into lush arrangements and orchestrations. For the next two years, Smith labored over what was to be his next album, From a Basement on a Hill. He would not live to see the album's completion, however.

To the shock of friends and fans alike, Smith's body was found on October 21, 2003, with two stab wounds in his chest. To date, the coroner has been unable to determine the cause of death, and the Los Angeles Police Department's investigation remains open. From a Basement on a Hill was released one year later, just two days shy of the first anniversary of his death, and received warm critical nods. In 2007, the Kill Rock Stars label issued a two-disc set of Smith's unreleased work, all of which had been recorded between 1994 and 1997. Entitled New Moon, the 24-track collection contained three songs that had been previously released on hard to find compilations or soundtracks, including an early version of "Miss Misery" and a cover of Big Star's "Thirteen." ~ Jason Ankeny, Rovi