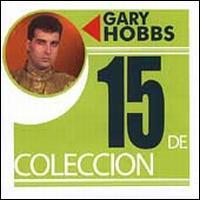 Texas-based singer Gary Hobbs became a major player in the Tejano scene by the mid-'80s. At the age of eight, while living at Eagle Pass, Hobbs began taking piano lessons. This was his first step to finally get involved in show business, an opportunity the artist had while playing guitar along with an act from Piedras Negras called La Rondalla. By the end of the 1990s, Gary Hobbs founded a management company to introduce new talented performers, having young Laurita Aguirre as his first act. In September of 2000, Sony Music released his 17th album, called Sueño. ~ Drago Bonacich, Rovi