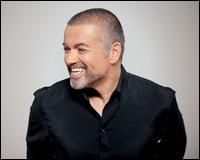 George Michael was the biggest British pop star of the 1980s, spinning a series of infectiously catchy pop singles into global stardom that saw him sell over 100 million albums worldwide. Blessed with good looks, a fine voice, and a knack for writing engaging melodies that worked well with dance-friendly rhythms, Michael became the rare teen sensation who matured into a respected star as an adult, though his life after achieving pop icon status has not been without personal and creative challenges.

Michael was born Georgios Kyriacos Panayiotou on June 25, 1963; his father was a Greek Cypriot restaurant owner who changed his name from Kyriacos Panayiotou to Jack Michael when he emigrated to England in the 1950s. Born in the North London suburb of East Finchley, Michael's family relocated to Bushey, Hertfordshire when he was in his early teens, and George struck up a friendship with one of his new schoolmates, Andrew Ridgeley. Both Michael and Ridgeley were interested in music, and in 1979 they formed a ska band called the Executive; the group didn't go far, but it gave them a taste for the spotlight, and they took what they learned and in 1981 formed a pop duo called Wham! The early Wham! demos impressed executives at Innervision, an independent record label who signed the group to a contract. By 1982, Wham! had hit the U.K. pop charts with "Wham Rap" and "Young Guns (Go For It)," and scored an American record deal with Columbia. However, Michael and Ridgeley soon discovered how unfavorable their deal with Innervision was, and they opted out of their contract by forfeiting all future royalties on material from their first album, Fantastic, to sign with Sony worldwide. The choice proved to be shrewd; Wham!'s second album, 1984's Make It Big, transformed them from British hitmakers to a genuine international sensation, as "Wake Me Up Before You Go-Go," "Everything She Wants," "Careless Whisper," and "Freedom" became wildly successful in the U.K., Europe, and the United States. Wham! soon became one of the biggest new acts on Earth, and in 1985 they became the first Western pop group to tour the People's Republic of China. But Michael displayed an ambition that went beyond Wham!'s new success, and the "Careless Whisper" single was released with the credit "Wham! Featuring George Michael," setting the stage for him to strike out on his own. In 1986, after Michael had released a proper solo single, "A Different Corner," Wham! announced their breakup and said farewell to their fans with a sold-out concert at London's Wembley Stadium.

Michael wasted no time making his mark on his own, releasing his first solo album, Faith, in 1987. He produced and arranged the album, as well as writing the songs, and it managed to top Wham!'s phenomenal success, spawning a series of major hit singles (including "I Want Your Sex," "Father Figure," "Kissing a Fool," and the title track) and selling over twenty million copies worldwide, moving close to ten million units in the United States alone. Michael promoted the album with a series of stylish, sexy music videos and a concert tour that found him playing 137 shows over the space of 16 months. Faith left no doubt that Michael was one of the new icons of pop music, and after recording successful duets with Elton John ("Wrap It Up" and "Don't Let the Sun Go Down on Me") and Aretha Franklin ("I Knew You Were There [Waiting For Me]"), he proved he had the respect of veteran acts as well as the younger audience. However, Michael felt reigned in by his image as a sexy pop singer, and after taking a well-deserved vacation in 1989, he released Listen Without Prejudice, Vol. 1 in 1990, a set that was noticeably more somber, sophisticated, and personal than his previous work. Presumably to put the focus on his music rather than his image, Michael refused to appear in any music videos for the album and declined to tour in support; the album fared well commercially, but not as well as Faith, and Michael began expressing dissatisfaction with Sony, declaring his contract was financially inequitable and creatively stifling. Michael sued Sony to end his contract, leading to a long and costly legal battle that ended in 1995, with Michael signing to the newly launched Dreamworks Records label in the United States and Virgin in the rest of the world. (During the interim, Michael released a live EP which include material he performed with the surviving members of Queen at the 1992 Freddie Mercury Tribute Concert.) In 1996, Michael finally released his third solo effort, Older, which followed in the more contemplative vein of Listen Without Prejudice, Vol. 1. While the album went platinum in the United States, it was considered a commercial disappointment considering the success of Michael's previous work, though it fared better in Europe and the UK.

In 1998, Michael released Ladies and Gentlemen: The Best of George Michael, a career-inclusive two-disc anthology that featured solo material as well as recordings with Wham! It also included a new song, "Outside"; the song and its video were created in response to a widely publicized incident in which Michael was arrested by an undercover cop in Los Angeles for "performing a lewd act" in a public restroom. After the arrest made headlines, Michael publicly acknowledged his homosexuality, and in time it was revealed the song "Jesus to a Child" from Older was written in tribute to his late partner Anselmo Feleppa, who died of AIDS-related illnesses in 1993. In 1999, Michael released an album of covers, Songs from the Last Century, which was released worldwide by Virgin after Michael parted ways with Dreamworks. In 2002, Michael signed a new record deal with Polydor and released the single "Freeek," with a new album expected to follow. However, the subsequent full-length release, Patience, didn't arrive until 2004, and in a surprising move, it was issued not by Polydor, but the Sony-affiliated Epic label after Michael returned to the company he'd left nine years earlier. Michael also told journalists that he expected it to be his final commercially released album, adding he hoped to release future material online, with any proceeds going to charity. A second career-inclusive two-CD collection, Twenty-Five, was issued in 2008, and arrived after Michael once again found himself the subject of some controversy. In 2006 and 2007, he had been arrested on drug-related offenses in the U.K., and in 2010, he'd served four weeks in Suffolk's Highpoint Prison after pleading guilty to driving under the influence of cannabis. During a 2006 television interview, Michael smoked what appeared to be a joint and spoke openly of his marijuana use, saying, "I'd say it's a great drug, but obviously it's not very healthy. You can't afford to smoke it if you've got anything to do." ~ Mark Deming, Rovi