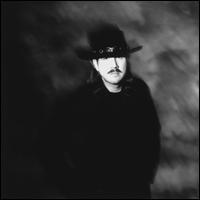 This elusive, Connecticut vocalist, pianist, and songwriter initially excited soul fans in 1988 with his second album, Blind to Reason, which was closer to gritty, gospel-tinged soul than almost anyone was cutting at that time. The single "Talk It Over" made the pop Top 20, and both the single and album went gold. Grayson Hugh assembled a band and toured incessantly. Due to record company machinations, Hugh's second effort, Road to Freedom, landed on MCA in 1992. Two of its tracks, "I Can't Untie You from Me" and "Don't Look Back," were selected by director Ridley Scott for the soundtrack to his film Thelma and Louise. The former cut in particular resonated with audiences, and brought Hugh's voice and signature singing style -- which evoked everything from soul and gospel to country, blues, and old-school R&B -- to a much larger audience. The album was selected by Billboard editor Jim Bessman, as among the "Ten Best of 1992." Hugh's voice also got him the attention of director Jon Avnet, who requested he cut a version of Bob Dylan's "I'll Remember You" for his film Fried Green Tomatoes. Hugh arranged the song in the Southern gospel style; the track ended up as one of the soundtrack's highlights. Despite the acclaim and sales of Road to Freedom, Hugh was dropped by MCA after his A&R man left the company (all of the rep's acts were released). Disillusioned with the music business, he virtually disappeared from the pop music scene for nearly two decades. He spent his time teaching songwriting at the Berklee College of Music and writing scores for dance companies in Boston. Hugh re-emerged with 2010's independently released, stellar An American Record, a collection of all-original material that reflected the wide variety of his taste. He also began touring again. The album, though not widely circulated, was free from major-label input. Hugh's instincts were solid in creating the most consistent, creative, and sophisticated album in his career to date. ~ Thom Jurek, Rovi