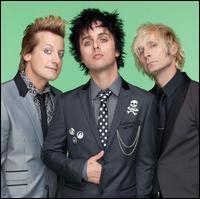 Out of all the post-Nirvana alternative bands to break into the pop mainstream, Green Day were second only to Pearl Jam in terms of influence. At their core, Green Day were simply punk revivalists who recharged the energy of speedy, catchy three-chord punk-pop songs. Though their music wasn't particularly innovative, they brought the sound of late-'70s punk to a new, younger generation with Dookie, their 1994 major-label debut. Dookie sold over ten million copies, paving the way for a string of multi-platinum releases that opened the doors for a flood of American neo-punk, punk metal, and third wave ska revivalists. More than a decade later, as many of their former contemporaries settled into retirement, Green Day remained at the forefront of popular music with albums like the Grammy-winning American Idiot.

Throughout the early '90s, Green Day continued to cultivate a cult following, which only gained strength with the release of their second album, 1992's Kerplunk. The underground success of Kerplunk led to a wave of interest from major record labels, and the band eventually decided to sign with Reprise. Dookie, Green Day's major-label debut, was released in the spring of 1994. Thanks to MTV support for the initial single, "Longview," Dookie became a major hit. The album continued to gain momentum throughout the summer, with the second single, "Basket Case," spending five weeks on the top of the American modern rock charts. At the end of the summer, the band stole the show at Woodstock '94, which helped the sales of Dookie increase. By the time the fourth single, "When I Come Around," began its seven-week stay at number one on the modern rock charts in early 1995, Dookie had sold over five million copies in the U.S. alone; it would eventually top ten million in America, selling over 15 million copies internationally. Dookie also won the 1994 Grammy for Best Alternative Music Performance.

Green Day quickly followed Dookie with Insomniac in the fall of 1995; during the summer, they hit number one again on the modern rock charts with "J.A.R.," their contribution to the Angus soundtrack. Insomniac performed well initially, entering the U.S. charts at number two and selling over two million copies by the spring of 1996, yet none of its singles -- including the radio favorite "Brain Stew/Jaded" -- was as popular as those from Dookie. In the spring of 1996, Green Day abruptly canceled a European tour, claiming exhaustion. Following the cancellation, the band spent the rest of the year resting and writing new material before issuing Nimrod in late 1997. Three years later, their long-awaited follow-up, a refreshingly poppy record titled Warning, was released. Another long wait preceded 2004's American Idiot, an aggressive rock opera that became a surprise success -- a chart-topper around the world, a multi-platinum Grammy winner, and easily the best reviewed album of their career. Green Day reveled in the album's success, hitting numerous award shows and performing as part of Live 8 in July 2005. That fall brought the release of Bullet in a Bible, a concert album that documented the trio's expansive Idiot live show.

With their popularity and commercial viability restored, Green Day took on several small projects before returning to the studio. They contributed a cover of John Lennon's "Working Class Hero" to the charity album Instant Karma, appeared in The Simpsons Movie, and recorded an entire album of '60s-styled rock & roll under the alias of Foxboro Hot Tubs. While presenting an award at the Grammys in early 2009, the band announced the impending release of Green Day's eighth album, 21st Century Breakdown, which had been recorded with veteran producer Butch Vig. In May of 2009, 21st Century Breakdown was released, picking up where American Idiot left off, as another ambitious punk rock opera. The album was a commercial success, selling over 215,000 copies in its first three days of sales. In 2009, American Idiot was adapted for the stage, and the following year, Green Day lent their talents to the original cast recording, combining a driving score with Broadway vocal arrangements. The band released the live Awesome as F**k in 2011.

During the summer of 2012, Green Day unveiled their ambitious plans for the fall and winter: they would release not one but three new albums. The records -- ¡Uno!, ¡Dos!, ¡Tré! -- would appear in September 2012, November 2012, and January 2013, respectively, with each individual bandmember gracing one of the album covers on his own. The first, appropriately called ¡Uno!, was preceded by the disco-rock single "Kill the DJ" and the anthemic arena rocker "Oh Love." ¡Uno! was set for a splashy release in September 2012, but the weekend prior to its release Billie Joe Armstrong had an onstage breakdown during a set Green Day played at the iHeartRadio Music Festival in Las Vegas. Days later, it was announced that Armstrong entered rehab for undisclosed substance abuse; not long afterward the band's touring plans for 2013 were canceled. ¡Dos! arrived as scheduled in November 2012 and ¡Tré! was moved up to a December release. ~ Stephen Thomas Erlewine, Rovi