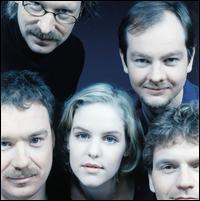 Incorporating modern instrumentation and imaginative improvisation, Groupa has taken a contemporary-minded approach to the folk music of Sweden. Led by drone fiddle, viola and accordion player Mats Eden, the group has been at the forefront of the Swedish folk revival for more than two decades. While Rock'N'Reel magazine claims that Groupa "will challenge people's preconceptions of Swedish music", Roots World suggest that the band "achieves near perfection as they go further afield without leaving the ancient muse behind". In an early 1990s interview, Eden explained Groupa 's objective when he said, "each of us has in his own way been searching for new means of expression within the range of traditional music. Having deep knowledge of these old methods has given us a secure base from which to explore new artistic possibilities".

Groupa's innovative sound has made them extremely popular in their homeland. Their albums, Manskatt, released in 1991, and Imeland, released in 1996, received Swedish Grammy awards. In 1992, Eden was appointed "composer of the year" at the Musik Vid Siljian festival. Eden has balanced his involvement with Groupa by playing with the Nordic Project and as a soloist.

Several former members of Groupa have gone on to perform with top-notch Swedish folk-rock bands. Lena Willemark and Ale Moller continue to play with Frifot and the Nordan Project, a group that also features Mats Eden. Lute and guitar player Totte Mattson is a founding member of Hedningarna. Gustav Hylen performs with Hoven Droven.

The backbone of Groupa continues to be Mats Eden. A native of Varmland, Sweden, a small town near the border with Norway, Eden studied composition at Musikhoyskole (the Norwegian Academy of Music) in Oslo. In 1979, Eden was named Riksspelman (master musician).