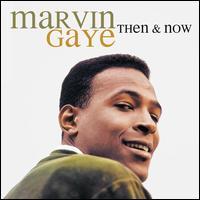 Member of: The Moonglows, The Marquees

Harvey Fuqua founded the seminal R&B/doo wop group the Moonglows, was an early mentor of Marvin Gaye (co-producing "Sexual Healing" and Gaye's hit duets with Tammi Terrell), helped to develop several Motown acts, and helped to launch the careers of '70s soul-pop group New Birth and disco superstar Sylvester ("Dance [Disco Heat]," "You Make Me Feel Mighty Real"). Born on July 27, 1929, in Louisville, KY, Harvey Fuqua (the nephew of Charlie Fuqua of the Ink Spots) started the Moonglows with lead singer and fellow Louisville native Bobby Lester (January 13, 1930 -- October 15, 1980), Alexander Graves (born April 17, 1930, Cleveland, OH), and Prentiss Barnes (April 12, 1925, Magnolia, MS). Mentored by legendary rock & roll DJ Alan Freed, the group appeared with Freed on his radio show, concerts, and with him in the movies Rock, Rock, Rock (1956) -- the soundtrack was issued on CD by MCA -- and Mr. Rock and Roll (1957). Originally called the Crazy Sounds, Freed christened the group the Moonglows. The 1978 movie American Hot Wax featured a fictional group that was based on the Moonglows and Frankie Lymon and the Teenagers. The Moonglows' first releases were for Freed's Champagne label in 1953.

The following year, the group signed with Art Sheridan's Chicago, IL-based Chance label, scoring a regional hit with a cover of Doris Day's "Secret Love." When Chance folded that same year, label exec Ewart Abner suggested they try to get a deal with another Chicago label, Chess Records. Their Chess single "Sincerely" parked at number one R&B for two weeks, and number 20 pop on Billboard's charts in late 1954. The group's "blow harmony" can be heard on other Chess hits: "Most of All" (number five R&B, spring 1955), "We Go Together" (number nine R&B, summer 1956, later covered by Jan & Dean), the double-sided hit "See Saw" (number six R&B, b/w "When I'm with You," number 15 R&B, fall 1956), a cover of Percy Mayfield's 1950 gold hit "Please Send Me Someone to Love" (number five R&B, summer 1957), and "Ten Commandments of Love" (number nine R&B, fall 1958), credited to Harvey & the Moonglows, whose lineup consisted of former members of the Washington, D.C. doo wop group the Marquees: Marvin Gaye, Reese Palmer, James Knowland, Chester Simmons, and Chuck Barksdale on loan from the Dells. The group also recorded under the "pun" name the Moonlighters, having a regional hit with "Soo-Doo-Bedoo," which was inspired by the Chords' "Sh-Boom."

In 1958, Fuqua left the Moonglows and label owner Leonard Chess suggested that he join Anna Records in nearby Detroit, MI. Retaining Gaye, he gave the other three Marquees members tickets back to D.C. and traveled to Detroit where he began working with "See Saw" co-writer Billy Davis -- not to be confused with the Fifth Dimension member of the same name -- and Anna Gordy, whose brother Berry he had met when he came to Chess to lease the rights to the Miracles' "Bad Girl." Anna Records was having a huge hit with Barrett Strong's "Money." While with Anna, Fuqua recorded Lamont Anthony (aka Lamont Dozier) and Johnny Bristol, two talents who would later have huge success with Motown. Fuqua came to the attention of Berry Gordy when he observed Fuqua's marathon practice sessions while Fuqua rented a room at the home of his sister Esther Gordy and her husband, George Edwards. Fuqua was still working with Chess producing sides for Etta James. In 1961, he started his own labels, Tri-Phi and Harvey Records. On their rosters were the Spinners (the Fuqua-led "That's What Girls Are Made For" on Tri-Phi, number five R&B, summer 1961), Junior Walker & the All-Stars ("Good Rockin' Tonight"), and Shorty Long.

Tired of the rigors of running a small independent label with no distribution or manufacturing edge against major-label competition, Fuqua was glad when Motown founder Berry Gordy hired him to head the label's artist development department, basically a charm school for the label's artists. He was assisted by Gordy's sisters Gwen (Fuqua's wife) and Anna, Maxine Powell, and Cholly Atkins and brought the Spinners and Johnny Bristol to Motown. Fuqua co-produced several hits with Bristol, all having a sprinkling of the Moonglows' sound: Marvin Gaye and Tammi Terrell's "Ain't No Mountain High Enough" (written by Ashford & Simpson, number three R&B, number 19 pop, summer 1967), "Your Precious Love" (number two R&B, number five pop, fall 1967), and "If This World Were Mine" (number two R&B, number ten pop, late 1967), in addition to former Temptations member David Ruffin's "My Whole World Ended (The Moment You Left Me)" (number two R&B, number nine pop, early 1969).

Around 1971, Fuqua left Motown and signed a production deal with RCA Records. Two acts signed to Fuqua's talent agency were signed to the label: The Nitelighters ("K-Jee," "Afro-Strut" b/w "[We've Got To] Pull Together") and New Birth (a cover of Perry Como's 1971 hit "It's Impossible," a cover of Bobby Womack's "I Can Understand It," "It's Been a Long Time"). New Birth group members Lester and Melvin Wilson recorded as Love, Peace & Happiness covering Gladys Knight & the Pips' "I Don't Want to Do Wrong," number 41 R&B, summer 1982. The Moonglows reunited in 1972 with Fuqua, Lester, Graves, Doc Williams, and Chuck Lewis. They recorded an RCA LP, The Return of the Moonglows, and a remake of "Sincerely" that charted number 43 R&B. Fuqua reunited with Marvin Gaye in the summer of 1982, collaborating on the singer's Midnight Love LP, which hit number seven pop in late 1982, sold two million copies, and included the gold single "Sexual Healing" (number one R&B for ten weeks, number three pop, fall 1982). The single "Sanctified Lady," from Gaye's posthumously released 1985 LP Dream of a Lifetime, parked at number two R&B for three weeks in the spring of 1985. A latter-day version of the Moonglows performed on a 1999 PBS television special, and a Fuqua-led version of the group recorded updated renditions of traditional R&B favorites for the subsequent Harvey & the Moonglows 2000 album released on Fuqua's Resurging Artist label. A resident of Concord, NC in his later years, Harvey Fuqua died of a heart attack at a hospital in Detroit on July 6, 2010; he was 80 years old. ~ Ed Hogan, Rovi