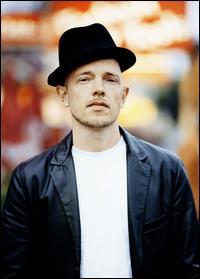 Jan Delay is the reggae alias of Jan Eißfeldt, a founding member of the German hip-hop collective Beginner who first found fame with his signature lyrical wit and lisping, nasal voice. Born in Hamburg in 1976, Eißfeldt co-founded Absolute Beginners in 1991. After changing its name to Beginner, the group earned notoriety in 1992 when one of its earliest songs, "K.E.I.N.E.," appeared on the Kill the Nation with a Groove mix, followed one year later by the release of Beginner's first proper EP, Gotting. In the wake of 1996's breakthrough Flashnizm, Eißfeldt founded his own label, Eimsbush, which quickly emerged as one of the premier imprints in German rap.