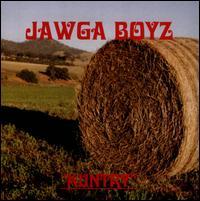 Jawga Boyz came up during the 2013-2014 season when the genre of hick-hop was exploding across the charts, but the Athens, Georgia crew preferred to refer to their rap-meets-country music as "kuntry" to separate themselves from the competition. Formed in 2003, the group went through numerous personnel changes before finding the right mix with Derek Thrasher, Justin Young, A.J. McIntyre, Mark Bryant, Matt "Manchild" Marshall, and Cody "Stixxx" Hutchings. Uploading tracks like "Rollin Like a Redneck" and "Ridin High" to video-sharing sites earned the group over ten million views, and in 2011, these cuts found their album home when the debut effort Kuntry appeared. The follow-up, Hick Hop 101, followed in 2012 with cuts like "Redneck Dirt Road Riders," "Down in a Holler," and "Waylon's Gone," then a year later the Boyz teamed with country-with-a-C superstar Joe Diffie for the single "Girl Ridin' Shotgun." ~ David Jeffries, Rovi