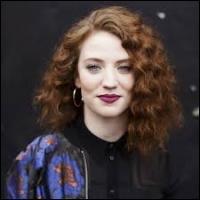 The deep and soulful vocal tone of the London-based Jess Glynne became widely known when streams of "My Love," her collaboration with Route 94 -- the house-focused alias of the dubstep producer Dream -- appeared online in late 2013. Although a major-label release for the track was planned for March 2014, her career continued to flourish when "Rather Be," featuring another Glynne guest spot -- this time with the inventive chamber music-meets-house act Clean Bandit -- hit the number one spot in the U.K. that January. "Home," a solo single produced and written by Bless Beats of Big Life Management, was planned for a February release and Glynne's debut full-length was expected later in the year on Atlantic Records. ~ James Wilkinson, Rovi