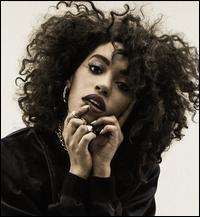 After relocating to London from her native Liverpool, British singer/songwriter Jetta began her career as a gun for hire, singing backup for Paloma Faith and Cee Lo Green. The daughter of an a cappella singer and a sound engineer, Jetta was immersed in music from a young age. Her rich, powerful voice made her a standout among London's session singers and she quickly began stepping out on her own, landing a solo deal with Republic Records. In 2013 she released her debut EP, Start a Riot, and the soulful title cut became a breakout underground hit in the U.K., drawing comparisons to Florence + the Machine, the xx, and Adele. Working with producer Jim Eliot (Ellie Goulding, M.I.A.), Jetta set about recording her debut LP, due in 2014. ~ Timothy Monger, Rovi