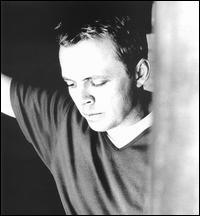 Christian rocker John Cox hails from Dallas and specializes in a musical style that combines the radio-friendly sounds of Train and Matchbox Twenty with the religious message of Jars of Clay. At the age of 19, he penned his first Christian-based song, eventually relocating to Nashville to pursue a musical career. Signing to the Questar/Mission label, 1997 saw the release of his debut album, Sunny Day. Cox supported the album by opening shows for such acclaimed Christian rock groups as Code of Ethics and Petra. Although Cox's label decided to focus on other areas outside of music, he went back into the studio and recorded ten tracks, which he released himself in 2000 as the album 80 Years. ~ Greg Prato, Rovi