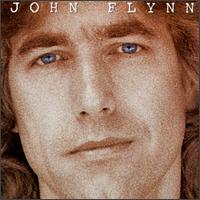 A prolific singer/songwriter and performer, having worked as an EMI staff writer and having received numerous songwriting awards for his original compositions, Philadelphia's John Flynn has remained one of the better kept secrets in the Americana scene. Having started writing while at college at Temple, he was introduced to songwriter Livingston Taylor backstage at a Gene Shay concert and was asked to perform some of his original material. According to legend, Taylor gave Flynn a brutally honest assessment of his then mediocre songwriting, spurring him on to further hone his craft.

Going on to include the influence of Henry David Thoreau and Ralph Waldo Emerson, Flynn found his niche singing the praises of nature and the simple joys of family life, stopping to dip into more philosophical topics along the way. 1997's John Flynn was a modest success, reaching the 15th spot on the Gavin Americana charts and collecting an array of glowing reviews. Love Takes a Whole Box of Crayons followed, as a family album with appeal to both children and their parents. Literate and overwhelmingly good-natured, Flynn continues to make occasional sojourns to work with Nashville's music row elite, as well as performing at numerous regional folk festivals. ~ Matt Fink, Rovi