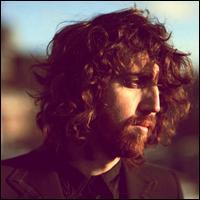 Influenced by the classic songwriting of John Martyn, Scott Walker, and Serge Gainsbourg, London-born Jonathan Jeremiah's authentic timeless sound combines gritty acoustic R&B with folk-tinged soul. Born in London to an Anglo-Indian father and Irish Catholic mother, he began performing at the age of 14 after developing a deep rich baritone voice. During a road trip across America, he started writing songs in between journey stops and landed a job playing the piano in a New York bar, influencing his decision to pursue a career in the music industry on his return to the U.K. After signing to Island Records in 2009, he released his debut EP, What's a Guy Got to Do?, supported Rumer and the Pierces on their U.K. tours, and provided vocals on "Good Riddance," a track from dance duo Aeroplane's second album, We Can't Fly. Written and recorded with former Suede guitarist Bernard Butler and the Roots ' ?uestlove, his self-produced debut LP, A Solitary Man, was released in 2011. ~ Jon O'Brien, Rovi