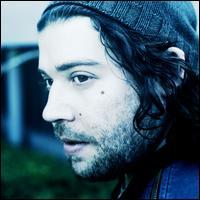 A soulful singer with a huge, often gravelly voice, Josh Krajcik is best known as the runner-up on the 2011 season of Fox's reality singing competition The X Factor. Born in Wooster, Ohio, Krajcik studied piano and guitar in his youth and by his teens was performing live. Around 2005, Krajcik began performing with a regular group of musicians as the Josh Krajcik Band. With this outfit he released two albums, 2005's Ghosts and 2011's Atavistic. The Josh Krajcik Band also found work opening for such artists as the Fray, Brandi Carlile, and others. In 2011, Krajcik was accepted onto Fox's The X Factor with his audition performance of Etta James' "At Last." During his time on the show, Krajcik was mentored by former Pussycat Dolls lead singer Nicole Scherzinger, and ultimately finished in second place behind winner Melanie Amaro. After wrapping up his time on The X Factor, Krajcik toured and began work on his major-label debut. In 2013, Krajcik released the album Blindly, Lonely, Lovely, featuring production and songwriting collaborations with Adele producer Eg White and others. ~ Matt Collar, Rovi