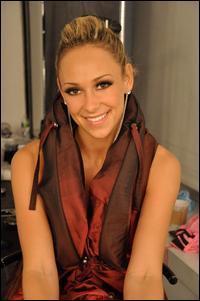 Teen pop sensation Kaci began singing and dancing in a Tampa/St. Petersburg-based children group before getting involved in TV commercials. Kaci's first record, called A Thousand Stars, was produced by her mother and became her first step to getting a record deal. After signing up with Curb Records at the age of 13, Brian Rawling and Walter Turbitt produced her first single, "Paradise", including an upbeat Latin pop version produced by Rudy Pérez. A second U.S. single, called "Intervention Divine," recorded in April 2001 started climbing the pop charts, while "I Think I Love You" supported a promotional tour including stops in England, Ireland, Japan, and Germany. Kaci was voted the Upcoming Break-Out Artist at the annual Teen Choice Awards. In summer 2002, she emerged with her debut album, I'm Not Anybody's Girl. ~ Drago Bonacich, Rovi