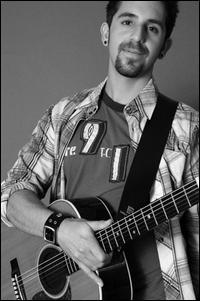 Bay area singer/songwriter Keith Varon began his career crafting introspective and passionate tales of life, love, and heartache in the vein of Martin Sexton, Duncan Sheik, and Edwin McCain. After laying down tracks for his self-titled 2004 EP, Varon began experimenting with a more robust sound, blending his gift for folk-based storytelling with the volatile attack of punk and emo. This cross-pollination came to fruition in 2006 with Love Is a Hero, a full-length collection of new and re-recorded music that featured the hits "Never Be the Same" and "The Make Out Song" -- the latter was originally titled "Can't Breathe" -- both of which were featured prominently on MTV's Laguna Beach. ~ James Christopher Monger, Rovi