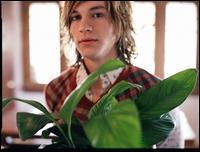 Indie pop/rocker Landon Pigg received his informal musical education via his father's record collection. His first CD ever owned was by popular novelty artist Ray Stevens. Born in Nashville on August 6, 1983, Pigg was the son of a studio musician father and a mother who was fond of poetry. The family moved to Chicago briefly when Pigg was a child, though he returned to Nashville as a teenager. Soon, Pigg started to delve deeper into music, discovering the artists who eventually inspired his own music. He credits David Mead and Rufus Wainwright for instilling in him an appreciation for a beautiful melody, Radiohead for encouraging him to expel his emotions into his songwriting; and rock music icons the Beatles and Led Zeppelin for exhibiting to him the importance of catchy licks and hooks. Says Pigg: "Maybe there is a naïveté in my approach. I never had a guitar lesson when I started out. I've always felt that when you don't learn all the rules you're much more inclined to break them with a smile." For his self-titled debut, released in 2006, Pigg was guided by producers Dan Brodbeck, Paul Ebersold, and Clif Magness, who worked with such popular artists as 3 Doors Down and Avril Lavigne. In 2008, Pigg delivered the ep Coffee Shop. The sophomore full-length Boy Who Never followed in 2009. ~ Megan Frye, Rovi