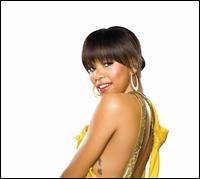 Part of the original lineup of the superstar group Destiny's Child, LeToya Luckett, who as a solo artist chose to go by her first name only, didn't just sit around after she and Latavia Roberson left the group shortly after the release of 1999's The Writing's on the Wall (neither singer was seen in the "Say My Name" video, which came as a surprise to both of them). She started up another group with Roberson, Anjel, which dissolved before a record ever came out, opened up an upscale boutique in her hometown of Houston, TX, and lived briefly in Los Angeles, where she signed to Capitol in 2003. Her first promotional single, "U Got What I Need," was released in 2004, followed the next year by "All Eyes on Me" (that same year LeToya also appeared on the Coach Carter soundtrack with her song "What Love Can Do"). In the spring of 2006 "Torn" hit radios, eventually reaching number two on Billboard's Hot R&B/Hip-Hop Songs chart, and in July her self-titled debut -- which contained all of the singles she had previously released -- finally came out. Her second album, Lady Love, followed in August 2009, featuring collaborations with Ryan Leslie, Ne-Yo, and Estelle. ~ Marisa Brown, Rovi