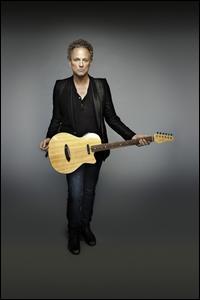 Before he joined Fleetwood Mac, Lindsey Buckingham was sketching out his brand of Brian Wilson-influenced pop with Stevie Nicks in the folky duo Buckingham Nicks. Mick Fleetwood invited the duo to join his band in late 1974. After Buckingham joined, the band's pop tendencies flowered under his direction. Not only did he provide the group with some brilliant, surprisingly dark pop songs, he sharpened the other members' songs with his production, arrangements, and breathtaking guitar playing. Buckingham left the band after its 1987 album, Tango in the Night, to concentrate on his solo recordings, work that had thus far included 1981's Law and Order and 1984's Go Insane. Out of the Cradle arrived in 1992, followed by the slow but ultimately rewarding reunion of Fleetwood Mac in the late '90s. Buckingham then released Under the Skin in 2006.

While Buckingham's solo albums are deceptively simple and calm on the surface, there are complex arrangements and emotions beneath the smooth production. None of them has sold anything approaching the level of Rumours -- or even Tango in the Night -- yet they are rich, layered pop albums; his first solo record, Law and Order, had a hit single with "Trouble," while his contribution to National Lampoon's Vacation, the infectious "Holiday Road," has become a cult classic. A two-disc (one audio disc and one video disc) concert album, Live at the Bass Performance Hall, was released in 2008. Buckingham left the Reprise label in 2009, and began recording a follow-up album on his own. Seeds We Sow was released on his own imprint, Mind Kit Records (through Fontana), in September of 2011. ~ Stephen Thomas Erlewine, Rovi