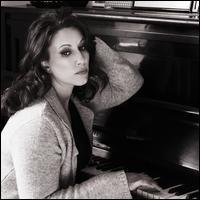 Lisa Nilsson is probably the only Swedish artist ever on whom the epithet "soul diva" hasn't felt totally misplaced. The label has been lasting, but is actually only true about one period of her career, the most successful one. After first getting known as a rock singer in the '80s, she released a couple of slick pop-soul albums in the early '90s, containing songs written by even slicker Mauro Scocco, and scored a major hit with "Himlen Runt Hörnet." Her late '90s and early 2000s albums have been less soul-influenced, if still very ballad heavy, and have often verged on adult contemporary.

Lisa Nilsson first became known, if to a very limited amount, after appearing on national television. More publicity came after she participated in the Swedish qualifications for the European Song Contest in 1989. She didn't win but got to record the single "Aquarius 1999" together with the Russian singer Igor Nikolajev, and they also played together in Moscow. The same year, Nilsson's debut album was released, containing songs by Richard Marx, Paul Anka, and others. Indestructible, released in 1990, marked the beginning of her soul period, and the critics drew parallels between her and both Mariah Carey and Whitney Houston.

Real success came in 1992 with her third album, Himlen Runt Hörnet. Nilsson now sang in Swedish and the combination of Swedish lyrics, all written by Mauro Scocco, and slick pop-soul proved irresistible. The title track was a major hit in Sweden and Denmark, and the following single, "Varje Gång Jag Ser Dig," was almost as successful, if not as lasting. The Swedish lyrics prevented an international career though, and Nilsson tried to solve that problem by releasing an English version of Himlen Runt Hörnet, called Ticket to Heaven. The response was lukewarm, however, and the English lyrics didn't match the originals.

After three years of touring and promoting, Nilsson released Till Morelia in 1995. This was a more emotional album than Himlen Runt Hörnet and sold well, but lacked big hits. Taking another long break, Nilsson returned in 2000 with Viva. This time she had written most of the lyrics and the music herself, taking help from her husband. The album was a step further away from the pop-soul that had made her famous, and was ballad-heavy, cosy, emotional, and seemingly directed to a more mature audience. The following album, for which Nilsson again wrote the songs herself, continued this development. ~ Lars Lovén, Rovi