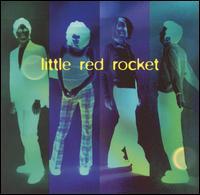 Led by vocalist/guitarists Orenda Fink and Maria Taylor, Little Red Rocket have been compared variously to female-fronted guitar pop bands like Belly, that dog., Veruca Salt, Lush, and Elastica. The two women met at a fine arts high school in Birmingham, AL, and originally began performing as an acoustic duo before adding drummer Louis Schefano and bassist Greg Nobles. Within a few months of gigging, Little Red Rocket were signed first to Portland, OR-based Tim/Kerr Records, who issued their solid debut Who Did You Pay that same year. Soon afterwards, they were signed to Geffen Records, but were dropped before they released anything, in part due to the merger and folding of Geffen into the Universal Music company (Geffen reneged on their agreement to issue a major-label debut within six months of signing, causing much inner-strife for the band members). Taylor and Fink eventually parted ways with Schefano and Nobles, settling in the college hamlet of Athens, GA. The dynamic duo hooked up with Huge & Jolly Management, consisting of husband and wife team Carol and Hugo Burnham (ex-drummer for Gang of Four). Though they didn't have a record deal, Little Red Rocket began recording what would eventually become It's in the Sound, their follow-up for Monolyth Records. The record, released in 2000, featured a rhythm section of Big Atomic's Jacque Ferguson (sometimes "Jackie," bass), and Japancakes/Runs drummer Scott Sosebee. They have occasionally added brass accompaniment, provided by various Athens-area musicians, including Chris Sugiuchi of Prince Rondavel Apts. on trombone. ~ Bryan Thomas, Rovi