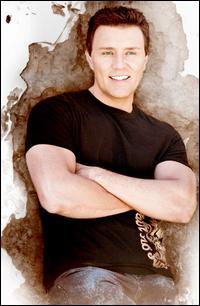 Multi-instrumentalist and vocalist Lorenzo Antonio was born in Albuquerque, NM, but his greatest success has come in Latin America where his albums have sold millions of copies. In April 1982, Antonio launched his musical career by winning a songwriting competition at the festival Juguermos A Cantar. He performed his song "Vamos a Jugar" with his sisters Carolina, Kristyna, Rosamaria, and Veronica, who continued to perform as the vocal group Sparx. The same year, he received a prestigious Amprofon gold award from the Fonographic Industry for the album Juguermos A Cantar. Antonio expanded his following when he performed as the opening act for Menudo at Azteca Stadium in Mexico City in April 1983. The following October, he represented Mexico at a festival, America, Este Es Tu Cancion, in Orlando, FL. After his 1984 album, Busco Un Amor was certified gold, Antonio followed it with the platinum-selling album 12 Rosas, which included the Latino hits, "Dile," "No Llorare," "El Idioma Del Amor," and the title-track. In the mid-'80s, Antonio temporarily retired from performing to concentrate on his studies at the University of New Mexico and to write and co-produce albums for his sisters' group Sparx. He resumed his career in 1993, releasing the first of two tribute CDs to honor the influence of Mexico-born singer/songwriter Juan Gabriel. He released the second volume two years later. Antonio has collaborated with Sparx on two albums: Sparx Y Lorenzo Antonio Cantan Corridos in 1996 and Sparx Y Lorenzo Antonio Cantan Corridos: Vol. 2 in 1998. before signing with Fonovisa Records and releasing a pair of albums, 1999's Pura Miel and 2001's Lorenzo Antonio Y Sparx Las Madrecitas. Antonio began focusing more and more on the regional Mexican market, and he released ten albums in that regard over the next ten years, all on the Striking Music imprint. ~ Craig Harris, Rovi