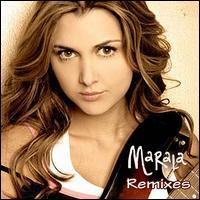 Born Maria Adelaida Agudelo, Marala is a Colombian singer who pursued a career in journalism before deciding to do music full-time. She made her debut as a solo artist with Por Aqui, a disc that spans romantic balladry, pop, tropical elements, and even cuts in English and French. Her first charting single from the album, the Latin Top 40 hit "Quiero Tenerte," is a vallenato-pop romp reminiscent of compatriots Carlos Vives and Fonseca. ~ Andree Farias, Rovi