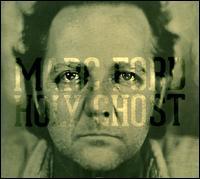 Although he has been performing as a solo artist since the late '90s, guitarist/singer Marc Ford is best known for his contributions to the famous roots rock/hard rock/rock & roll band the Black Crowes. The Los Angeles native, however, was not an original member of the Black Crowes, who were together eight years before he joined. Formed by brothers Chris and Rich Robinson in Atlanta in 1984, the Black Crowes had sold millions of albums by the time they officially hired Ford to replace guitarist Jeff Cease in 1992 -- and even though Ford wasn't a major name in the music world during his pre-Crowes years, he did have some noteworthy things on his résumé.

Born in Los Angeles on April 13, 1966, Ford was in his early twenties when he formed the L.A.-based power trio Burning Tree with bassist Mark "Muddy" Dutton and drummer Doni Gray in the late 1980s; greatly influenced by the Jimi Hendrix Experience, Blue Cheer, and Cream (among others), Burning Tree favored a psychedelic hard rock sound that was reminiscent of the late '60s. Burning Tree, for which Ford sang lead and played guitar, were not well known, but they did record a self-titled album for Epic/Sony in 1990 before breaking up. Burning Tree, in fact, opened for the Black Crowes on some shows in 1990, which was also the year in which producer Rick Rubin released the Black Crowes' triple platinum debut album, Shake Your Money Maker, on his label American Recordings (Def American at the time). Joining the Black Crowes in 1992 greatly increased Ford's visibility, and he remained with the band until the Robinson brothers fired him in 1997. The reason they gave for firing Ford was his extensive drug use; Ford has acknowledged that he had a severe drug problem at the time, and he went into rehab the year he was fired.

Ford pursued a solo career after his departure from the Black Crowes, offering his first solo album, It's About Time, in 2002 -- and while his role in the Black Crowes was primarily that of a guitarist, he both sang lead and played guitar as a solo act. In 2005, Black Crowes fans were delighted when the band (which had gone on hiatus in 2002) reunited and the Robinson brothers employed Ford in an extensive reunion tour that included some summer shows with Tom Petty & the Heartbreakers. But in 2006, Ford announced that he was leaving the Black Crowes -- only this time, it seemed that he quit rather than being fired. The specific reasons for Ford's departure remain unclear, although a bio on his website states that "Ford realized that his newly found sobriety, an issue for the guitarist his entire career, was slowly being jeopardized by the incessant touring." Not long after leaving the Black Crowes, Ford was reunited with Dutton and Gray for some Burning Tree reunion gigs in Hollywood. Ford's solo career continued with Weary and Wired in 2007 and The Neptune Blues Club in 2008. ~ Alex Henderson, Rovi