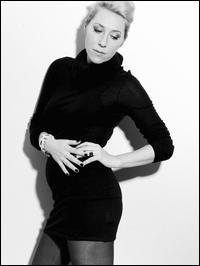 Born in Montreal to parents of Loudon Wainwright III and Kate McGarrigle, Martha Wainwright was engulfed in a sea of music from childbirth. Often singing or performing on-stage and in the studio at an early age, Wainwright became agitated at the thought of a musical career during high school. Shunning music, she decided to study drama at Montreal's Concordia University instead. Soon after starting her studies, however, Wainwright began composing her own material and performing in clubs and coffeehouses around Montreal. In 1997, she released her debut effort, a cassette entitled Ground Floor. She also began touring with her older brother Rufus Wainwright as a backing vocalist and musician. Moving from Montreal to New York, Wainwright took part in a stage musical called Largo. She also released a self-titled EP, as well as a four-song EP called Factory in 2002. In February 2005, Wainwright released another EP called Bloody Mother Fucking Asshole, followed by the eponymous Martha Wainwright (her full-length debut album) in April. Her second full-length effort, I Know You're Married But I've Got Feelings Too, arrived in spring 2008. A year later, Wainwright released Sans Fusils, Ni Souliers, a Paris, a 15-song collection of live Edith Piaf covers. In 2012, Wainwright returned with her third studio-album, Come Home to Mama. Recorded in Sean Lennon's home studio, the album was produced by Cibo Matto's Yuka Honda and featured such guest artists as Wilco guitarist Nels Cline and Dirty Three drummer Jim White. ~ Jason MacNeil, Rovi