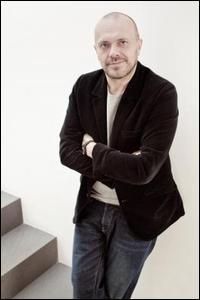 Born in 1967 in Pavia, Italy, Massimo Pezzali first met Mauro Repetto, with whom he would later form the group 883, in high school, where, thanks to their similar musical tastes, the two soon became good friends. After a trip to the U.S. in 1988, Pezzali returned with a synthesizer and soon began writing songs with Repetto. A demo of theirs made it onto Italian radio, which eventually led to them performing on the television program 1,2,3 Jovanotti. Under the name 883, the duo released three albums before Mauro decided to pursue a career in acting, leaving Max to reorganize the band, this time with a group of young musicians. After a series of albums that brought them both national and international fame, 883 saw the release of their final full-length, Uno in Piu', in 2001. Pezzali, who was now determined to make it as a solo artist, issued his debut, Il Mondo Insieme a Te, in 2004, followed the next year by Tutto Max -- a greatest-hits compilation that traced his musical history since his participation in 883 through his most current solo work -- as well as a DVD and a tour. ~ Marisa Brown, Rovi