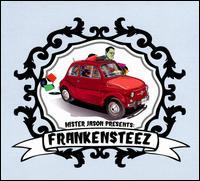 Born Jason Katsohis, DJ/producer Mister Jason comprised half of Boston underground rap duo Porn Theatre Ushers. Growing up in New Hampshire, Katsohis was heavily influenced by ‘80s hip-hop culture, listening to the likes of Kurtis Blow, Ultramagnetic MC's, and Run-D.M.C. In the early ‘90s, he began DJing in Boston, eventually joining a few different crews; but, he struck a chord with the city's underground scene with his MC counterpart Nabo Rawk as PTU, when they formed in 1997. The duo didn't gain much of a following outside of their loyal Boston fanbase, though after their 2004 Taxachusettes LP, they retired the PTU name. Mister Jason kept his career in motion by producing for several indie rap artists, including MF Doom, Louis Logic, and fellow Bostonians the Skitzofreniks. ~ Cyril Cordor, Rovi