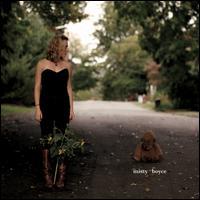 Singer/songwriter Misty Boyce was born in New Mexico and began writing songs at the age of nine. She studied jazz piano at the University of Cincinnati College Conservatory of Music, after which she moved to New York. She played keyboards for the Naked Brothers Band and accompanied Tim Williams on tour. She self-released her self-titled debut album on February 28, 2007, then signed to the New York-based independent label Modern Vintage Recordings, which released a second self-titled album on March 30, 2010. ~ William Ruhlmann, Rovi