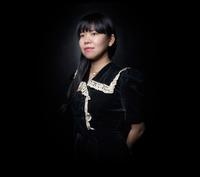 Miwa Gemini (also known as Miwagemini), an artist whose twangy, moody compositions put her in the same musical territory as My Brightest Diamond and St. Vincent, began performing in New York City in the early 2000s. It wasn't long before Gemini's music generated quite a bit of buzz; within a few years of her first gig, Gemini appeared on NPR's All Songs Considered and snagged the Sky Harvest Award at Toronto Indie Week. She released her debut, 2004's Forgetful Ocean and Other Strange Stories, simply as Miwa; it arrived via the Canadian imprint Butterflymask Records. Her first album as Miwagemini, This Is How I Found You, was released on Rock Park Records in the spring of 2008. Three years later she returned with a concept album about her imaginary friend, The Fantastic Lies of Grizzly Rose. ~ Margaret Reges, Rovi