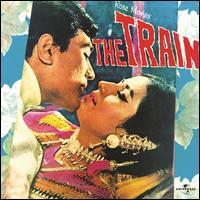 Mohammed Rafi (born: Mohammed Rafi Sahab) was one of India's greatest playback singers. During his nearly five-decade-long career, he performed an estimated 26,000 songs and was heard in 76 films. Singing in all of India's national languages, Rafi was effective whether he was performing ghazals, qawwalis, or bhajans. In 1965, Rafi received the prestigious Padma Sri award from the Indian government.

A native of Kotla Sultansingh, a small village in Punjab, Rafi sang since earliest memory. Although his father, a village landlord, disapproved, he was aided by his brother, a barber, who strongly supported his vocalizing. Making his professional debut in the Shyam Sunder-directed 1941 film Gul Baloch and the Bombay film, Gaon Ki Gauri, the following year, Rafi rose to the upper echelon of Indian music. He worked with top-notch musical directors including Naushad, Sachin Dev Burman, Usha Khanna, and O.P. Nayyar. In the late '50s, Rafi became convinced that singing was a sin. Moving to London, he stayed away from music until his sons persuaded him to return to the recording studio.

Rafi's peak came during the 1960s when he provided the voice for such influential Indian actors as Shammi Kapoor, Dilip Kumar, Rajendra Kumar, Dev Anand, Shashi Kapoor, Raj Kumar, and Kishore Kumar. Although an argument with India's leading playback singer, Lata Mangeshkar, in the late-'60s resulted in a six-year period during which there were no duets, Rafi and Mangeshkar eventually settled their differences and renewed their collaboration.

Rafi remained active for the remainder of his life. Following a recording session for the film, Aas Paas, on July 31, 1980, he suffered a fatal heart attack. ~ Craig Harris, Rovi