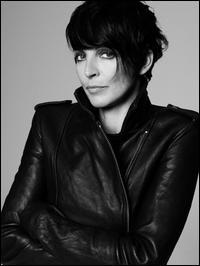 Beginning in 1982, Nena became one of the most successful pop stars Germany had ever seen, especially given the unique success of the original German-language version of the single "99 Luftballons" in the U.S. in 1984. With the full name of Nena Kerner, she had spent one year as vocalist for the Stripes (who disbanded after just one unsuccessful album in 1980), then assembled a band in Berlin called Nena. The lineup included herself as vocalist, Carlo Karges on guitar, Uwe Fahrenkrog-Petersen on keyboards, Jürgen Dehmel on bass, and Rolf Brendel on drums. Their debut single, "Nur Geträumt," became a number one success in German-speaking countries after the band's first TV appearance on the Musikladen TV program on August 21, 1982.

"99 Luftballons" followed, quickly becoming a worldwide smash, although by mid-1985, sales of Nena's records, and the attendance numbers on her 1985 tour dates dropped, which led to the eventual end of the band in mid-1987. Beginning in 1989, Nena worked as a solo artist, releasing albums of songs composed mainly by herself and befriended musicians she chose as co-authors. (She also chose not to have a permanent band, as had been the case in the '80s, neither in the studio nor on tour.) Her first solo tour came in 1993, then pregnancies led to a minimum of live appearances until 1997. Then, she began touring (mainly Germany) once or twice a year, remarkably backed predominantly by U.S. musicians in addition to Germans.

Throughout the '90s, she was to be seen regularly on German TV (including hosting a variety show series called Metro during 1993). She stayed true to her unique musical blend of melodic vocals paired with a rock style ranging from the variety of the Beatles to the harder sounds of the Rolling Stones or even the Ramones (with the harder rock sound being her preferred style when on tour). Beginning in 1990, she has also made a number of albums specifically for children and done voice-overs or contributed songs to cartoon movies and one cartoon series.

After an ambitious, electronic-based album of 2001, Chokmah, failed to garner attention, in 2002 Nena decided to celebrate the 20th anniversary of her breakthrough with an album of new versions of her hits, Feat. Nena: Live. To everyone's surprise, the audience response was sensational, actually replicating the runaway success of 20 years before. The following double album of new material in 2005, Willst Du Mit Mir Gehn (half of which premiered a heavier rock style) again went platinum, indicating that she had indeed established a strong basis among a new audience. 2007 then saw the release of a covers album, entitled Cover Me, which featured Nena's own versions of tracks by the likes of The Rolling Stones and Moby. In 2009, Nena released Made in Germany, her sixteenth studio album, followed by Made in Germany Live and Best of Nina, both arriving in 2010. Du Bist Gut was then released two years later. ~ Alan Severa, Rovi