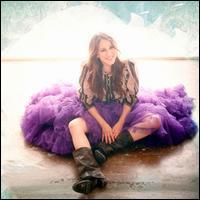 Pop/rock duo Nena Daconte (named for a character in a novel by Gabriel García Márquez) comprise vocalist Mai Meneses and guitarist Kim Fanlo. Meneses was a participant on the second season of the television competition Operacion Triunfo. She came to know Fanlo (a studio musician from Barcelona) through the show, as he was a member of the band that accompanied the vocalists. Forming a friendship through their time on the show and ultimately deciding to work together, the duo recorded their first disc in early 2006. During the editing process they were contacted by Universal with a distribution offer. The label released their debut disc, entitled He Perdido los Zapatos, on March 27, 2006. The single "Idiota" became a radio hit almost immediately. Fanlo and Meneses released a remix and a music video for the song shortly thereafter. Daconte were nominated for MTV's Spanish Act of the Year in 2006. The second single off the album, "En Que Estrella Estara," made the Top 40 charts two weeks in a row. He Perdido los Zapatos was certified as a gold record, selling over 40,000 copies in November of 2006. In 2008 they released their second album, Retales de Carnaval, and the first single from it, “Tenia Tanto que Darte” ("I Had a Lot to Give You"), was the best-selling Spanish single in 2008. They returned in 2010 with their third album, Una Mosca en el Cristal and in 2011, they embarked on an acoustic tour named Nena Daconte Club across Spain. In 2012, Daconte was featured on the track "Pero si Tu no Estás," which was used as the theme song of the Spanish TV series La Fuga. ~ Evan C. Gutierrez, Rovi