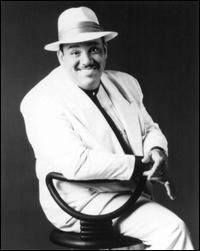 A former member of the Montclairs, Phil Perry later teamed with Richard Sanlin in a duo that had a short stay at Capitol in 1980. Their first single stalled at number 81 and the album fizzled. They continued as songwriters and freelance producers. Perry issued his first LP, The Heart of the Man, for Capitol in 1991, but it didn't chart either, but its single, a cover of Aretha Franklin's version of "Call Me," hit the top spot on the R&B chart. Despite the hard knocks, he was undaunted. Perry established himself as a "go-to" session vocalist. He has worked with Lee Ritenour, the Rippingtons, Patti LaBelle, Anita Baker, Peabo Bryson, George Duke, Quincy Jones, Barbra Streisand, Boz Scaggs, Sergio Mendes, Bill Withers, Johnny Mathis, Bobby Womack, Chaka Khan, Fourplay, and Rod Stewart, and many others. Perry also continued to issue his own recordings. They include 1994's Pure Pleasure, 1998's One Heart, One Love (a top five entry in Billboard's contemporary jazz chart), 2000's My Book of Love, 2001's Magic, 2006's Classic Love Songs, 2007's Mighty Love, 2009's Gift of Love, and 2013's Say Yes, which was produced by Chip "Big Dog" Davis, and included a guest spot by Najee. ~ Ron Wynn & Thom Jurek, Rovi