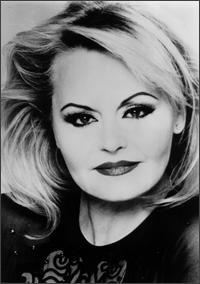 Actress and singer Maria de los Angeles de las Heras Ortíz, popularly known as Rocío Durcal, was born and raised in Spain in the bosom of a working-class family. While Maria was studying at Sagrado Corazón de Jesús, she started to get captivated by music. Supported by her grandfather, Maria participated in festivals and radio station contests. At the age of 15, while singing the song "La Sombra Vendo" on a TV show called Primer Aplauso, Maria was contacted by producer Luis Sanz, who signed her up. Soon after, she started taking singing and dancing lessons with Lola de Aragón and Alberto Lorca as teachers. From that time, Maria began working as Rocío Durcal, a name taken from a Spanish province and used for the first time in her movie Canción de Juventud, followed by 1962's Rocío de la Mancha, both directed by Luis Lucia. At the age of 17 Dúrcal started touring Mexico, Venezuela, Puerto Rico, and the U.S., where the artist was invited to Ed Sullivan's TV show. In 1968 her albums Mis 19 Canciones de Juventud and Siempre were released. Two years later, the young artist got married to singer Antonio Morales, known as Junior. Together they toured Spain and America during the early '70s. In 1976 Rocío Durcal met Juan Gabriel, and he convinced her to perform a popular Mexican style known as ranchera. In the '80s, Rocío Durcal moved to romantic ballads, working along with prominent songwriters such as Juan Carlos Calderon, Roberto Livi, and Marco Antonio Solís. After a three-year battle with cancer, Durcal died in her home in Madrid on March 25, 2006. ~ Drago Bonacich, Rovi