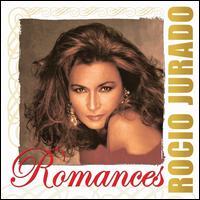 Spanish singer/actress Rocío Jurado began performing flamenco at a very young age, debuting on the big screen in 1962 with Los Guerrilleros, acting alongside Manolo Escobar. She commenced playing a main role in 1966's Proceso a una Estrella and 1971's Una Chica Casi Decente. While temporarily living in Argentina, the Spanish diva successfully participated in a musical called La Zapatera Prodigiosa, based on Federico García Lorca's work. After teaming up with composer Manuel Alejandro, Jurado became a major number on the Latin music scene, becoming acclaimed throughout America and Spain after releasing "Muera el Amor" and "Senora," among other hits. Diagnosed with pancreatic cancer in 2004, Jurado’s last months were spent undergoing treatment in the USA and Spain. During this same period, many of her earlier albums were remastered and released and compilations proliferated. Over the years, Jurado’s recordings had brought her some half dozen Platinum discs and around 30 Gold discs. Adding to these, during the final weeks of her illness, the Spanish government awarded her a Gold Medal for Merit In Work, which specifically recognized her as one of the best voices the country had ever produced. ~ Drago Bonacich, Rovi