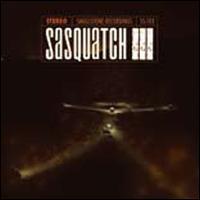 Having escaped the bitter winters of Philadelphia and Detroit headed for the sunnier climes of Los Angeles, CA, vocalist/guitarist Keith Gibbs, bassist Clayton Charles, and drummer Rick Ferrante came together to become hard rockers Sasquatch in 2001. Extensive gigging on the local club scene followed, and after cutting their teeth with like-minded retro-rock acts such as Nebula and Unida, the members of Sasquatch felt their skills were sharpened enough to take the annual SXSW Festival in Austin, TX, by storm. This proved a fitting warm-up engagement prior to the recording of their self-titled debut, which emerged from Small Stone Records in August 2004. ~ Eduardo Rivadavia, Rovi