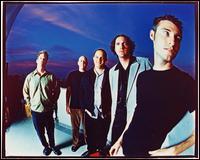 California's Sense Field originally consisted of vocalist Jonathan Bunch, guitarist Chris Evenson, guitarist Rodney Sellars, bassist John Stockberger, and drummer Scott McPherson. They began playing together in 1990, forming from the ashes of Evenson, Stockberger, and Bunch's prior group Reason to Believe. The following year the group released their self-titled EP on their own record label, Run H2O. Based on the EP's success and the group's consistent touring, Revelation Records distributed their 1993 mini-album Premonitions and released their full-length debut Killed for Less the following year. The group's first national and international tours preceded their second album, 1996's Building. A shift in bandmembers, however, plagued the band at the height of it all. McPherson left to play drums for Elliott Smith's band in 1999, allowing Rob Pfeiffer to step in. Several EPs and 7" singles -- the Part of the Deal EP on the Grape OS label and a split release with Onelinedrawing -- appeared before the decade's end. The year 2001 began on an up note, though. Tonight and Forever, Sense Field's fourth full-length, was issued on Nettwerk in summer 2001. While touring in support of the album the following summer, guitarist Rodney Sellars' daughter was seriously injured in a car accident and ended up in a coma, forcing Sellars to take a temporary break from the band. The remaining members of the band continued on, recording songs for a fifth effort. Living Outside, which appeared in July 2003, was produced by Brad Wood (Liz Phair, Smashing Pumpkins, Sunny Day Real Estate). ~