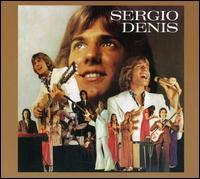 Argentinean Sergio Denis started getting involved in music while participating in a band called los Jokers at the age of 16. In 1969, the singer joined a group called los Bambis, recording los Bambis También Cantan, released by CBS. Following that experience, Denis started a solo career, having his first TV appearance in January of 1970, releasing an album and representing his country in the first Latin Song Festival in Mexico City, singing a song called "Yo Te Amo Como Entonces." In 1972, Sergio Denis extended his work to acting while playing a role in Fernando Siro's movie Me Enamore Sin Darme Cuenta. Two years later, Denis performed successfully at Buenos Aires' Opera Theatre. In 1981, the artist was awarded by Billboard en Español in the category of Best Male Performer. During the '80s and '90s, Sergio Denis moved from CBS to Polygram and later to EMI, becoming one of the best-selling Argentinean singers. In 1992, New York's ACE awarded him in recognition to his career. ~ Drago Bonacich, Rovi