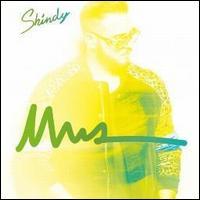 Known for his streetwise, boastful style -- especially when it comes to his success with the opposite sex -- German rap star Shindy was born Michael Schindler in Bietigheim-Bissingen, Germany on September 7, 1988. Raised by a German father and Greek mother, Shindy got interested in hip-hop when he was 14, and two years later his rap skills were strong enough that he caught the attention of Jaysus, a rapper of German/Greek heritage who believed the young man had promise and helped guide him through his first recordings. By 2012, Shindy had begun working with noted German hip-hop artist Kay One, and contributed guest verses on his album Prince of Belvedair. Shindy was also featured on Kay One's single "Finale Wir Kommen," but soon the two had a major falling out, and after Shindy issued a blistering diss track against Kay One, he shifted his alliances to rapper Bushido and his Ersguterjunge label. In 2013, Ersguterjunge released Shindy's debut album, NWA (meaning "Nie wieder arbeiten," or "Never work again"), which rose to the top of the German charts. A revised and expanded edition, NWA 2.0, appeared later the same year. ~ Mark Deming, Rovi