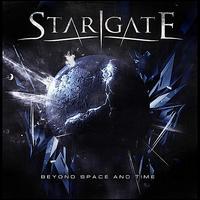 One of the most successful production and songwriting units throughout the 2000s, Stargate originated in Trondheim, Norway as a partnership between Mikkel Storleer Eriksen (aka Mikkel SE), Tor Erik Hermansen, and Hallgeir Rustan. The trio made a splash in Europe with a 1999-2004 run that spawned hits for S Club 7, Billie Piper, Hear’Say, Atomic Kitten, and Samantha Mumba. Eriksen and Hermansen set up business in New York -- Rustan opted to remain in Norway with his family -- and a chance meeting with Shaffer Smith (aka Ne-Yo) helped catapult Stargate to prominence in the U.S., where their biggest hit had been Mis-Teeq's “Scandalous,” which peaked at number 35 on Billboard’s Hot 100. After linking with Smith, Stargate rattled off a succession of moderately popular and ubiquitous hit singles. Stargate quickly became one of the premier pop-R&B production teams, successors to the likes of Jimmy Jam and Terry Lewis and Babyface and L.A. Reid. Stargate reached the Top Ten four times in 2006, with Ne-Yo's “So Sick” and “Sexy Love,” Rihanna’s “Unfaithful,” and Beyoncé’s “Irreplaceable” -- the last of which received a Grammy nomination for Record of the Year. From 2007 through 2009, Stargate notched an additional nine Top Ten songs, occasionally collaborating with other artists and songwriters instead of Smith; Jordin Sparks' “Tattoo,” for instance, was written with Amanda Ghost and Ian Dench. Stargate's biggest year yet arrived in 2010, fostered -- somewhat ironically -- by reverting to their Euro-pop roots. Rihanna’s “Rude Boy,” “Only Girl (In the World),” and “What’s My Name?,” along with Katy Perry's “Firework,” all topped the Hot 100 with high-gloss dancefloor and radio appeal. These hits involved collaborations with the artists and a number of other songwriters, including Esther Dean, Traci Hale, and Crystal Johnson. ~ Andy Kellman, Rovi