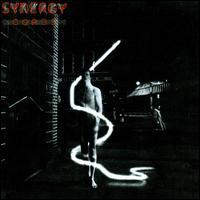 Beginning with the 1975 landmark Electronic Realizations for Rock Orchestra, Synergy explored the possibilities inherent in synthesizer/sequencer technology and digital-studio production techniques, resulting in some of the most inventive electronic music of the '70s. It was mostly the work of synthesizer expert Larry Fast, who also brought electronics to the mainstream by coordinating synthesized passages for dozens of pop acts during the '70s and '80s, including Yes, Peter Gabriel, Meatloaf, John Denver, Barbra Streisand, Hall & Oates, Kate Bush, Foreigner, and Randy Newman.

Fast grew up in West Essex, NJ and trained as a pianist and violinist before entering Lafayette College in Pennsylvania. After taking a few computer science courses, he became interested in synthesized music and began building his own primitive devices. He was introduced to Yes keyboard player Rick Wakeman during an interview for a local radio station, and soon interested the musician in his home-made instruments and customized versions of existing synthesizers. While in England to assist Yes in the recording of 1974's Tales from Topographic Oceans, Fast gained a record contract as well, with Passport Records.

Recording as Synergy, Fast debuted in 1975 with Electronic Realizations for Rock Orchestra. The album became a surprise favorite with progressive radio, and was hailed by synthesizer pioneer Robert Moog as the most important recording to date using his Moog synthesizer. Soon after the album's release, Fast was introduced to Peter Gabriel, who had recently left Genesis and was about to begin his solo career; Gabriel recruited Larry Fast to take care of synthesized effects for his first three LPs (all were self-titled). Gabriel's success with the singles "Shock the Monkey," "Biko," and "Games Without Frontiers" gave Fast a growing reputation as the man to hire for that contemporary sound, even while he recorded three new Synergy LPs during the late '70s, Fast worked with a variety of artists and appeared on tour with Gabriel. He also provided the score for the original planetarium light show known as Laserium, and moved into film work (About Last Night, Planes, Trains and Automobiles) during the '80s. ~ John Bush, Rovi