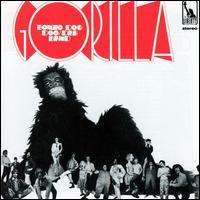 Besides, perhaps, the Mothers of Invention (with whom they were sometimes compared), the Bonzo Dog Band were the most successful group to combine rock music and comedy. Starting off as the Bonzo Dog Dada Band, then becoming the Bonzo Dog Doo-Dah Band, and then finally just the Bonzo Dog Band, the group was started by British art college students in the mid-'60s. Initially they were inclined toward trad jazz and vaudevillian routines, but by the time of their 1967 debut album, they were leaning further in pop and rock directions. A brief appearance in the Beatles' Magical Mystery Tour film bolstered their visibility, and Paul McCartney (under the pseudonym Apollo C. Vermouth) produced their single "I'm the Urban Spaceman," which reached the British Top Five in 1968. The Bonzos really hit their stride with their second and third albums, which found them adding elements of psychedelia to their already-absurdist mix of pop, cabaret, and Dada. The Bonzos could be side-splitting, but their records held up well because they were also capable musicians and songwriters, paced by Neil Innes and Viv Stanshall (both of whom wrote the lion's share of their best material). The group attempted to move into more serious and musical realms with their 1969 LP Keynsham, which, unsurprisingly, was acclaimed as their weakest effort. They broke up shortly afterward; Viv Stanshall made some obscure solo recordings (he was also the grandstanding narrator on Mike Oldfield's "Tubular Bells"). Neil Innes collaborated with members of Monty Python, upon whom the Bonzos were a large influence, as well as writing the songs for and performing in the Beatles documentary spoof, The Rutles. ~ Richie Unterberger, Rovi